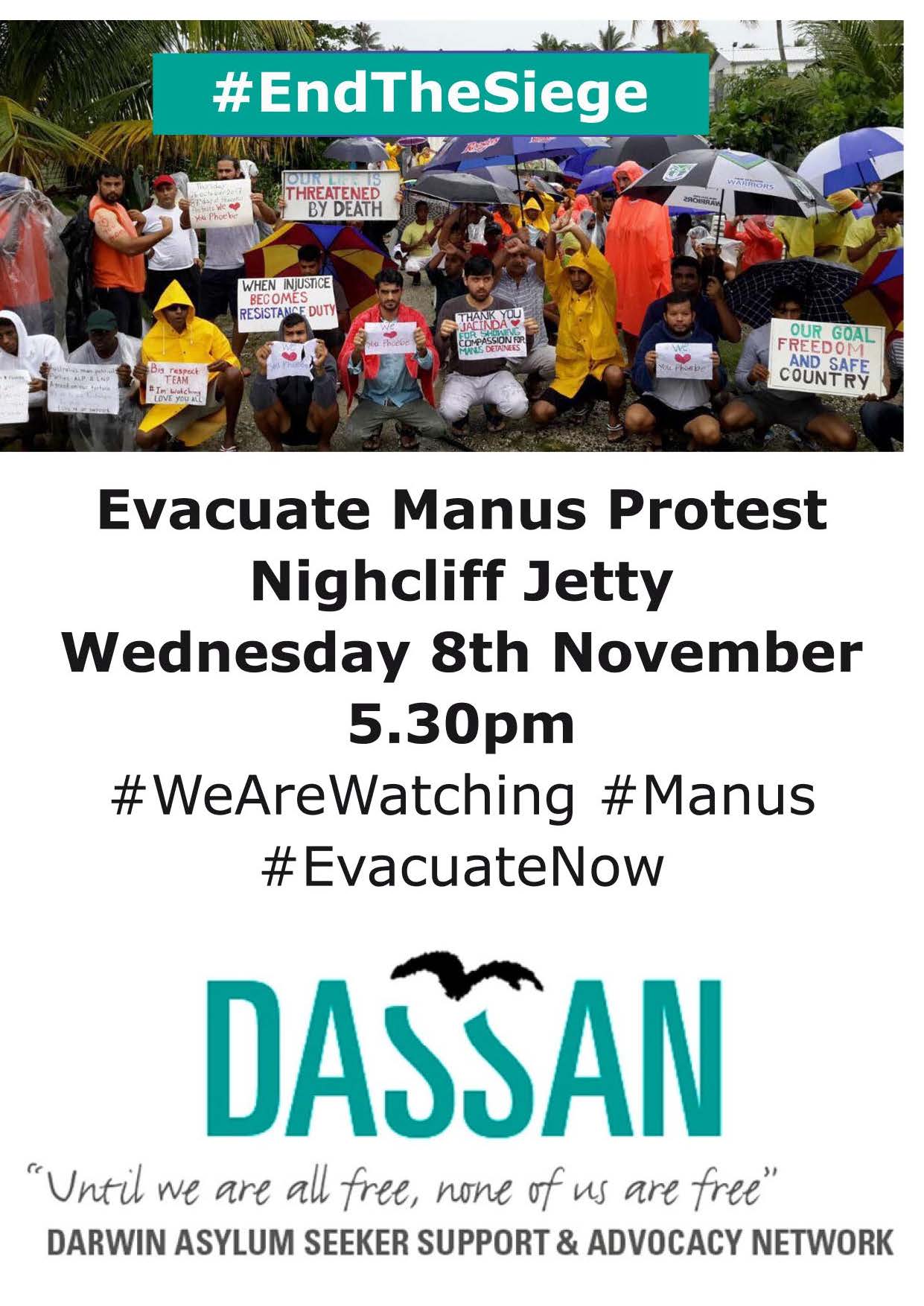 At 5pm on the 31st of October the detention centre on Manus Island was officially closed. Power and water have been shut off, no more food is being supplied.

The men inside also no longer have access to medication or medical services. Many rely on medication to address chronic pain and severe mental illness caused by 4 and half years of detention.

606 men remain inside the centre and are refusing to leave due to fears that they will be unsafe in the Manus community. With a long history of violent assaults on refugees, including the murder of Reza Berati inside the detention centre, these fears are warranted. Just a few days ago Human Rights Watch released a report that includes case examples of some of the most recent assaults. Click here to read the report.

On top of this, PNG has deployed its paramilitary squad to Manus Island and warned that if they are brought in to assist with the closure of the detention centre the safety of refugees cannot be guaranteed.

At this very moment the refugees remain inside the camp anxiously waiting to be stormed and forcibly removed. People who are attempting to bring the men food and water are being denied access.

The Australian government is denying it is responsible for the well-being and safety of the men inside.

Thank you for your support!

until we are all free none of us are free