How has it come to this?

Our asylum-seeker system has been taken over by a rigid, irrational mindset 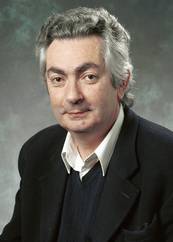 Now that the High Court has decided that the offshore detention of asylum seekers is lawful, reports suggest that the Turnbull Government is considering returning 234 asylum seekers to Nauru along with the 33 babies of these asylum seekers born in Australia. Given what everyone knows about the spiritual, psychological and bodily ruin that accompanies indefinite detention on Nauru, if the reports turn out to be true this will be a genuinely monstrous act which will outrage millions of decent citizens.

Outrage and acts of protest, however, are not enough. If things are to change, if the decision is to be reversed, what we need is to try to get the prime minister to acknowledge and to reject the thinking that has brought us to a place where it is now possible that a decision of this kind can be taken by the responsible minister of an important department of the Australian Commonwealth Government.